Great night for Ottawa hockey fans at the Senators chose the 67s Cody Ceci with the 15th overall pick in the 2012 NHL Draft.

Ceci is a right shooting defenseman from Orleans and played the last three season with the Ottawa 67s.  He’s 6 feet tall and weighs an impressive (for his age) 206 pounds! 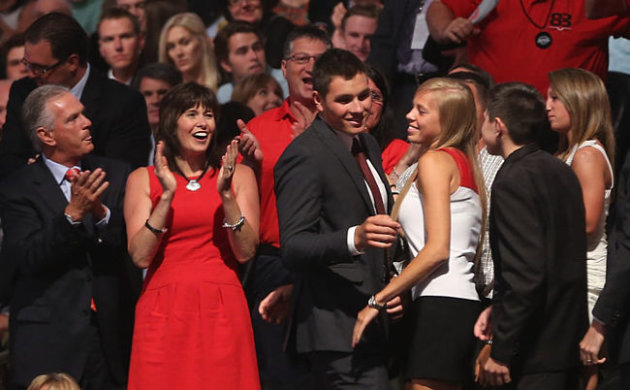 Hockey’s Future describes him as follows:

Ceci performed in all situations for the 67’s, killing penalties and effectively serving as a triggerman on the power play. He’s also a solid puck distributor and has good size — even if he doesn’t always use it to his best advantage.  The Orleans, Ontario native has transformed himself from a defense-first-second-and-third blueliner into a better-than-average two-way player who has displayed an unexpected offensive upside.

Last season he played at almost a point per game base.

The Senators will be able to keep an even better eye on Ceci than you’d think.  Because of the Lansdowne / Civic Centre facelift, Ceci and the 67s will be sharing Scotiabank Place next season with the Senators… here’s hoping Karlsson can give him a few pointers!